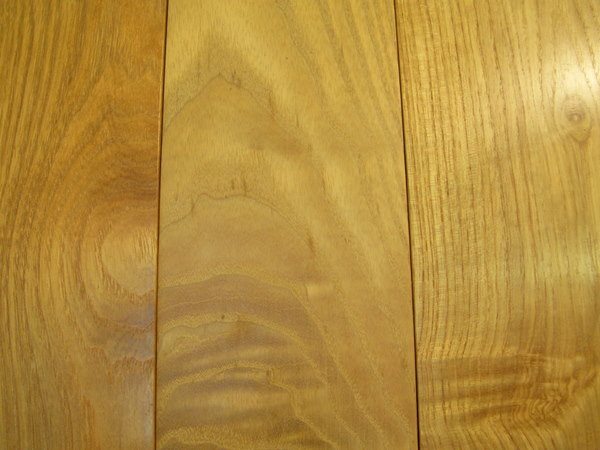 Ash is a medium density easy to work hardwood which is very stable,  ie it does not warp much if exposed to moisture content changes.  Older trees commonly show a dark coloured heart,  often described as ‘Olive Ash’ if it has a two-tone cream and brown stripe similar to mediterranean Olive wood.  It cuts, planes, sands & polishes easily.  Ash resists shock loads as it is springy and supple so has good strength for small section stressed items such as chair components and sporting goods.  Initially blonde, it will mellow over the years to a buff colour and dark heartwood will eventually fade slightly so contrasts will even out in time.  Danish Oil or Shellac french polish work well on ash,  as does wax.