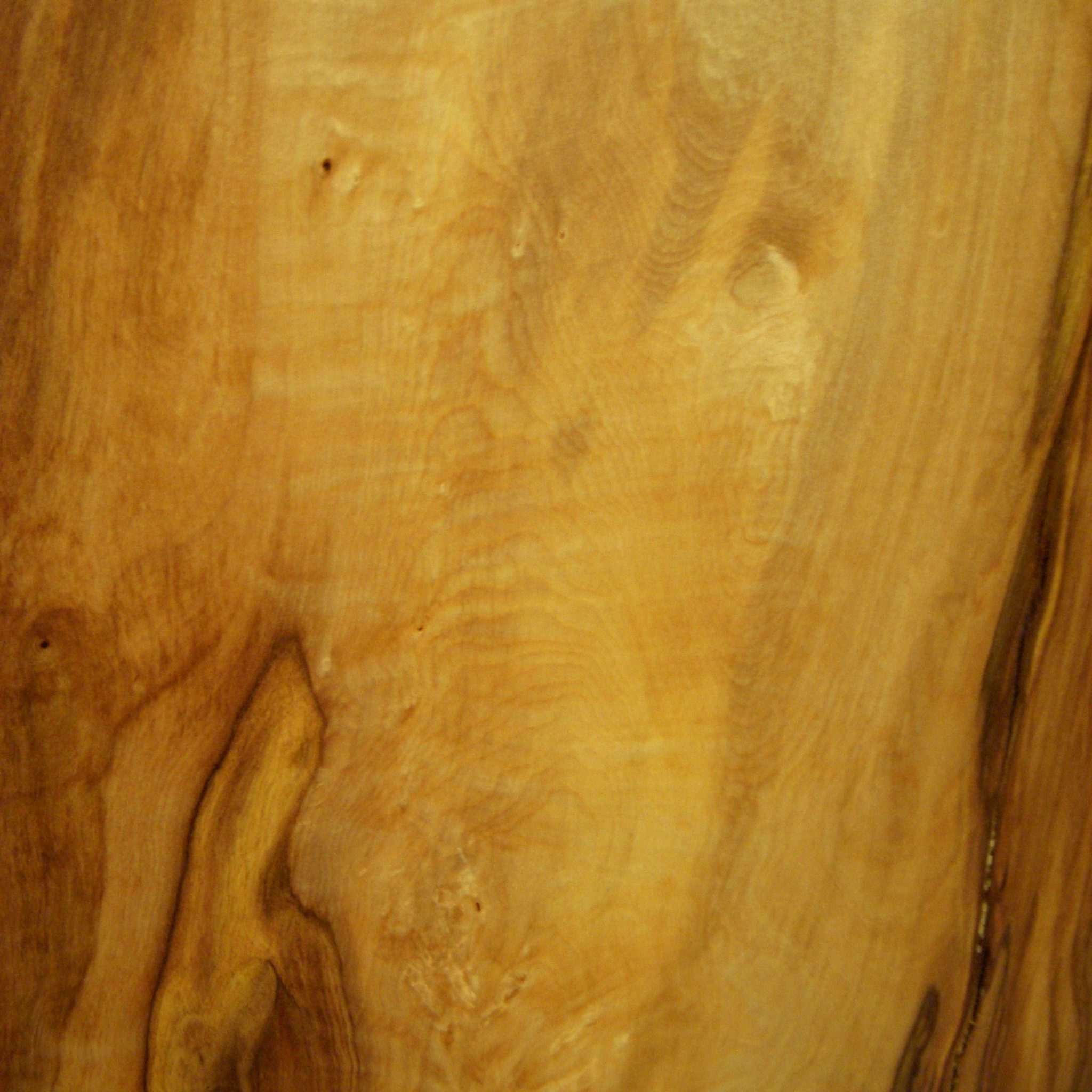 This Horse Chestnut sample shows some nice figure & colour,  though it can sometimes be bland and a bit soft.  Useful for general furniture making & worktops.

Horse Chestnut ( the conker tree) has a medium movement in service – wide boards will take on a noticeable warping / bowing / cupping if subjected to considerable moisture content changes but less so than other large movement timbers such as oak and elm,  so it is considered a useful furniture timber.

It is generally easy to cut, plane, chisel, sand and polish, despite being relatively soft,  as it is generally a close grained hardwood with a smooth silky texture.

The heartwood is generally hard enough (similar to the soft maples or walnut) but the sap, which is broad, is quite soft and in many old trees has started to degrade before being halted by the seasoning process which makes it even softer.  The whiter areas visible in our photos may be softer or even part decayed.  It is considered part of the acceptable balance of a character board,  but you may need to harden up with epoxy resin or remove.

The old trees typically have a plummy coloured darker heartwood area and areas of patch burr or pipp,  which are denser and very attractive.

The timber is lighter in weight than average.