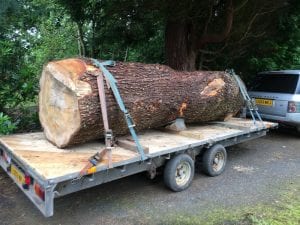 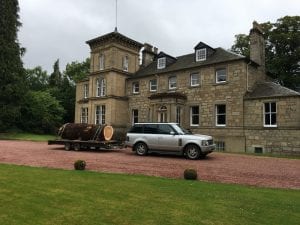 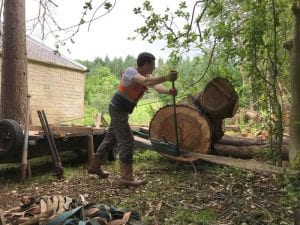 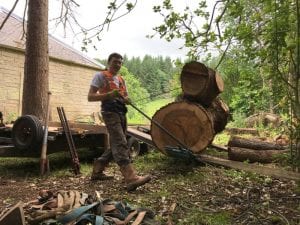 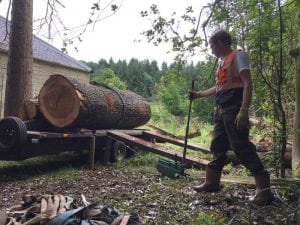 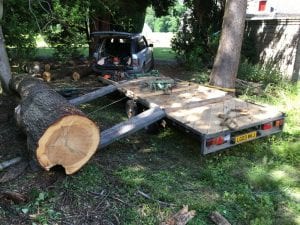 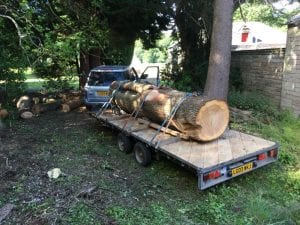 Last week I spent the major part of 3 days driving down to a nice country house estate on the Avon Water near Hamilton, about 20 miles away, retrieving a fairly good sized Cedar of Lebanon tree I had bought which was lying in a small grove of trees not far from a track,  but a spot not conducive to lorry access;  hence I had decided this tree would be my approx once yearly manual loading excursion – it is very time consuming and hard physical work but enjoyable and keeps one fit.  As most trees are brought in by lorry and crane these days I like to keep my hand in now and again and do it the old fashioned way.

Cross hauling is the term for rolling logs up ramps by rope on to a cart, wagon, trailer or skid and has been practised for centuries,  using horse or oxen power usually. Sometimes I have used a landrover for a straight pull,  or the winch on the front of it when I had one,  other times just rolled them up with a high lift jack and a wedge but usually I use my Tirfor winch with its steel cable and if it needs to be lengthened I use 2″ ratchet straps. 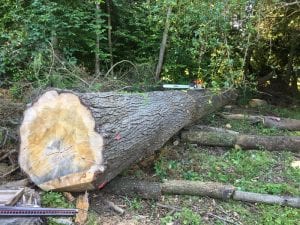 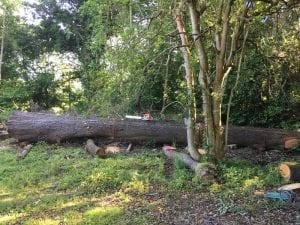 I first cut the length of Cedar into 3 sections, 2 @ 12 foot and one at 10ft.  The butt end is about 4 foot diameter.  There were several huge scars or hollow areas and some big branches but it should be good for interesting shaped big boards for exterior table tops and chunky legs etc.  The big old Stihl 084 chainsaw seen in the pics has a 36″ bar on it.  The fragrance off the cedar was amazing!  Some stubs of branches had been left on the tree by the feller and these had to be removed before winching could begin,  which meant jacking the sections up or rolling them slightly with the high lift jack to get access to them once they had emerged from the soil. 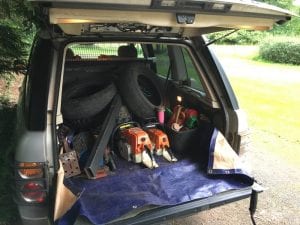 For the first and heaviest section I played safe and parked up on the edge of the road but it meant winching the first length a good 20 metres. 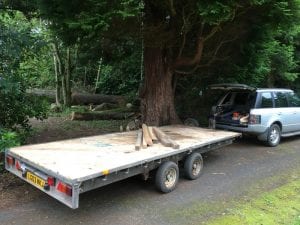 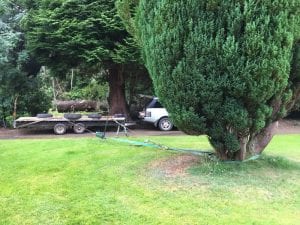 I used a nearby tree as an anchor and a snatch block to correct the angle. 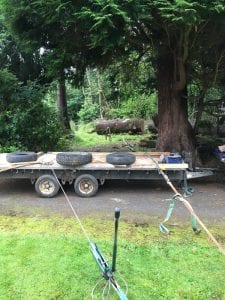 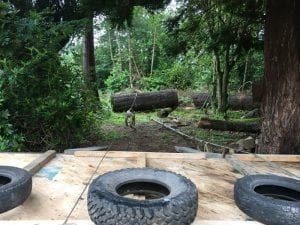 The high lift jacks were needed to help the thing go in a straight line but after several hours it was up the ramps and loaded. 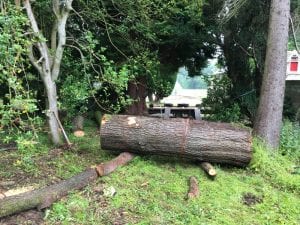 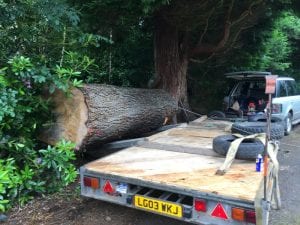 A steep hill out of the estate meant low range required but it the range rover made exceptionally light work of it and it was quickly unloaded by the manitou once home. 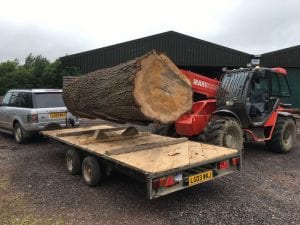 The second and third lengths were loaded after reversing the trailer right in and using another tree,  again with the snatch block but this time to double the winching effort as they were both very unbalanced pieces that didnt want to roll easily. 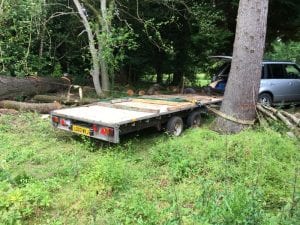 The winch cable goes around the log in such a way as to roll it in rather than dragging,  but the 3rd length was dragged for 5 or 6m towards the stump (on makeshift rollers) first before it was re-rigged and rolled up the ramps. 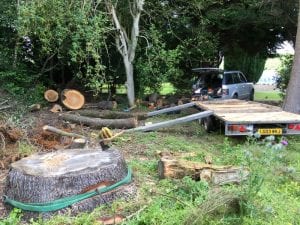 The Tirfor winch is an old but amazing tool,  rated at only 1.6 tonne but in conjunction with the snatch block and used to roll rather than drag it can load anything the trailer can carry (about 2.75 tonne).

Want to join the discussion?
Feel free to contribute! 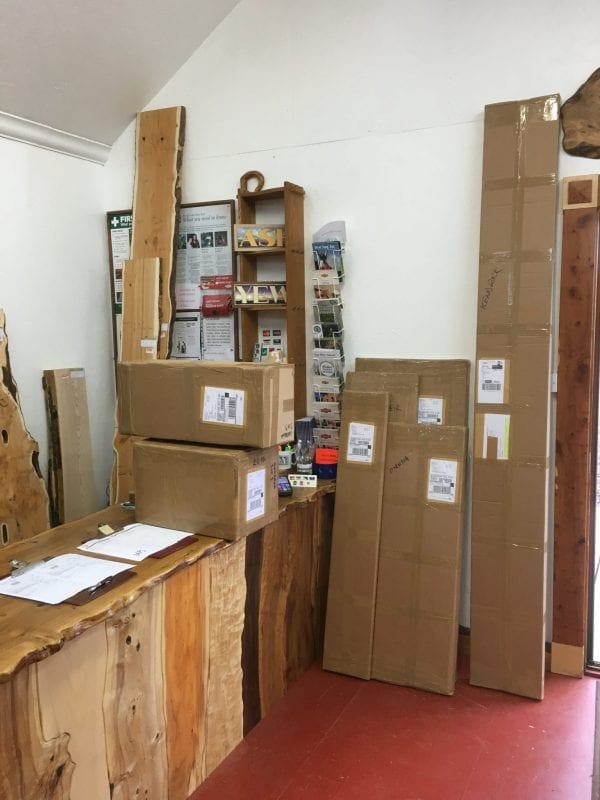